Clarksville, TN – This will be Austin Peay’s 67th homecoming–”Jurassic Peay” the theme–with the Govs owning a 28-37-1 record in those events. After winning homecoming games in both 2007 and 2008, the Govs have lost the last two homecomings, including a 34-21 defeat to Tennessee Tech a year ago. APSU has won just seven homecoming games in the past 24 years.

When Austin Peay defeated Tennessee State, 37-34, it allowed the Govs to open 2-0 in the OVC for the first time since 1977. When APSU rallied from being down 27-6 to beat Tennessee State, October 1st, that 21-point deficit was the largest overcome by the Governors in school history. The previous largest deficit was 17 points, October 28th, 1978, when the Governors rallied from a 17-0 deficit to defeat Middle Tennessee, 28-17.

Sophomore quarterback Jimmy Garoppolo already has thrown for 2,000 yards, completing 63.3 percent of his passes while tossing 17 TD passes. Chris Wright is his favorite downfield receiver with 29 catches, averaging 16.9 yards per catch and eight TDs. Slot receiver Kenny Whitaker has a team-leading 42 catches for 409 yards. Jake Walker is the team’s leading rusher, but has only 280 yards.

Guard Eric Zink was a preseason All-OVC selection along with defensive end Artavious Dowdell, who has 3.0 sacks among his 5.5 tackles for loss. Outside linebackers Cory Leman (77) and Antonio Taylor (70) lead the team in tackles. Tavares Crawford leads the special teams, taking over for injured Lorence Ricks, and is averaging 27.1 yards per kick return. Kicker Cameron Berra has made four field goals.

The Govs rejoined the Ohio Valley Conference for football in 2007 after returning to scholarship football in 2006. The Govs finished eighth in the OVC a year ago with a 1-7 league mark and were 2-9 overall. The Govs were picked to finish ninth in the 2011 OVC Preseason Poll.

Meanwhile, Eastern Illinois was picked seventh in the league preseason poll in coach Bob Spoo’s 25th and final EIU season. Since rejoining the OVC, the Govs and Panthers have played three times, with Eastern Illinois winning two of three meetings. EIU opened the 2011 season with a win against Illinois State but enter this week amidst a seven-game losing streak.

Austin Peay enters the game with a streak of scoring in 69 straight games. The Govs’ last shutout loss was at Drake, 54-0, September 24th, 2005.

With his 148-yard rushing performance, running back Ryan White moved past John Ogles and Jay Bailey into second place in career rushing with 3,057. His predecessor, Chris Fletcher (4,688) is the all-time leader.

Austin Peay rushed for 183 yards against Southeast Missouri, but only 60 in the second half.

The Govs opening drive against SEMO went a season-long 95 yards on 13 plays, eating up 6:46 on the clock. It was Austin Peay’s longest touchdown drive since they drove 99 yards in 11 plays against Illinois State, September 9th, 2009.

After committing one turnover total in their first two OVC games, the Governors have committed 10 in the last three games.

Austin Peay leads the OVC in turnovers with 19, including a league-high 13 interceptions.

Senior wide receiver Scott Thomas has a career-best 23 receptions along with a careerhigh 252 receiving yards.

Senior wide receiver Devin Stark has 38 receptions on the season, the most by a Gov since Lanis Frederick grabbed a career-best 70 in the 2006 season. 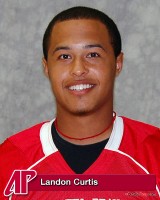 Freshman quarterback Landon Curtis, replacing an injured (knee) Jake Ryan against Southeast Missouri, completed his first career pass attempt, a 12-yarder to tight end Preston Rouse. He finished 6 of 12 for 36 yards in the final half.

Jake Ryan threw for a career-high 314 yards on 21-of-41 passing, including two touchdowns against Tennessee State, October 8th. 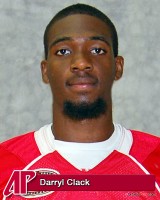 Senior running back Ryan White now is seventh all-time in career all-purpose yardage with 3,416 yards. Along the way, he passed the only two football Govs to have their respective jerseys retired, Harold “Red” Roberts (3,061) and John Ogles (2,960).

The 17 points allowed by the Governors to Southeast Missouri tied for the fewest permitted this season. The Govs also allowed only 17, September 24th, in APSU’s win against Eastern Kentucky.

The Govs rank tied for fifth in the OVC in sacks. After failing to record a sack in the previous three games, the Govs recorded two against Southeast Missouri.

After failing to force a turnover against UT Martin, the Govs’ defense forced four against Jacksonville State–three fumbles and one interception.

Senior weak safety Amius Smith tallied his second straight double-digit tackle effort against Southeast Missouri with a season-best 11. He had 10 against JSU. The local product also had one fumble recovery but failed to record a tackle for loss for the first time this season.

Junior free safety Antwaun Majors, despite being credited with five tackles at SEMO, still leads the Govs in tackles with 56. Majors has had a team-best three double-digit tackle efforts this season.

Strong safety EnRiques Perry may have enjoyed his best game as a Governor against SEMO. He was credited with seven tackles, including a quarterback sack. 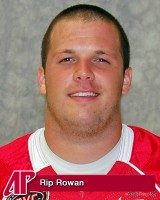 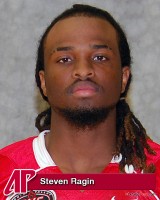 Over the past three games, freshman punter Ben Campbell is averaging 40.3 yards per punt, with two punts over 50 yards, two more downed inside the 20 and five being fair caught. He averaged 40 yards per punt against Southeast Missouri.

Junior placekicker Stephen Stansell connected on 37- and 33-yard field goals at Southeast Missouri along with an extra point. He now has 142 career points, leaving him seventh all-time in career scoring.

Stephen Stansell broke his streak of misses at three with a 46-yard field goal in the first quarter against Tennessee State. He proceeded to hit three straight, including the game winner from 35 yards out with 10.1 seconds left. As a result of his three
field-goal effort against Tennessee State, Stansell was named OVC Specialist of the Week.